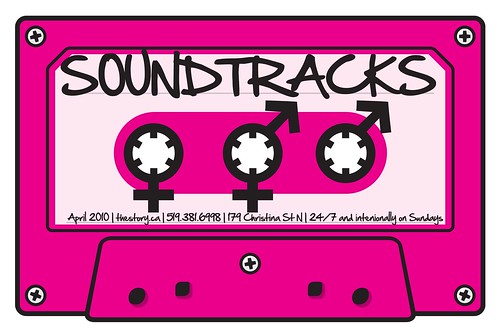 The central issue for the local church around the topic and ideas connected to same sex relationships and activity is not “What are we going to do about homosexuality?” but “How must we treat and engage people regardless of sexuality, disagreement, offence or hurt?”

On our shift as the local church, we must make intentional movement away from dividing and distancing ourselves from individuals and groups and towards living in the tension of conviction, unanswered questions and hope. This movement is fueled by a limitless supply of grace for all (regardless of sexual orientation or behaviour) and a ferocious disdain for sin (understanding that sin is an anti-reaction to God’s order and intent which inevitably leads to ruin). Assuming the posture of holding the scriptures tightly in hand while our arms are stretched out wide and welcoming is the body language we must adopt and champion if we are to continue God’s mission in our relationships and neighbourhoods. Our job, remember, is to tell God’s story, to love Him and others as we are loved by Him. In turn, we create the opportunity for God to do his work: To transform lives as he delicately, yet thoroughly, snuffs out sin.

Of the reading we did for this series, these two books stand out as they play both sides of the argument very well. Check them out if you want to dig deeper. “Slaves, Women and Homosexuals: Exploring the Hermeneutics of Cultural Analysis” by William J. Webb and “Christianity, Homosexuality and Social Tolerance” by John Boswell . Both are available through ATIC.

Below you’ll find a quick survey of all the tangled ideas that have attached themselves to this issue as well as a handful of quotes [that we may or may not agree with] that have helped us process our thoughts. In addition, there are also 3 video clips that were a big help.

Finally, if you’d like full manuscripts of the teaching on this topic, or would like to continue talking about it in person, those options are both available.

A PLACE TO START:

*If God is good, then what he says is good as well

*What does it mean to be ‘on mission’ with God?

*Spirit/Essence of the text: What is at the heart of God’s intention for humanity?

*Cultural vs. Trans-cultural: in which category does homosexuality fit?

*A new kind of inclusivity: How do we go about being God’s Truth Tellers?

*The Holy Spirit is the wild card: He helps, empowers, directs and transforms

*Can I disagree with God and still be a God follower?

*Can I still live in the way of Jesus, doubting, uncertain, ticked, at a loss for words?

*Can we see why the Bible is often seen as a hate filled book?

*Not about how they got there or how to get them to stop being gay (orientation), but how do we faithfully handle what is?

Homosexuality is not an acceptable lifestyle for Christians, whether between consenting adults on a casual basis or within monogamous, equal-partner relationships. The only acceptable means of heterosexual expression is within a covenant relationship of marriage between two adults

Homosexuality is an acceptable lifestyle for Christians provided the partners are equal-status, consenting adults and the relationship is one of the monogamous, covenant and lasting kind. The assumption is that the Bible’s condemnation of homosexuality is due to the lack of these elements in the ancient world.

Homosexuality is an appropriate lifestyle for any member of society provided it involves consenting adults. Participation in the same sex eroticism may be in any form, not simply within the covenant relationships or between equal status partners

-these categories transform into the following postures:

*3. Welcoming and Transforming. (Anti-sin, pro-people. Sex outside of marriage is outside God’s design and therefore is a moral issue; all sinners are welcomed; discipleship is about transformation and obedience to God’s mandates on morality and social ethics.)

*Church Tradition: 2000yrs + of healthy pursuit of God combined with catastrophic blunders. Our history is a mixed bag.

-argument 1: the grouping in itself lends to its strength and transcultural nature

-argument 2: this doesn’t speak to committed homo relationships but to male prostitution in Molech worship

-argument 1: Paul here is admonishing his readers to be distinct from society/culture they find themselves in

-argument 2: by this time there are committed homosexual relationships, so Paul is not directly speaking to this group

-argument 1: again, grouped with practices outside of God’s intention and purpose

-argument 2 question associations (idol worship) and behaviour, that behaviour being condemnation of gentile infidelity and homosexual acts by heterosexual people

-argument 1: the garden presents monogamous heterosexuality as normative; a pattern

-but not against abstinence

WHICH LEADS TO MORE QUESTIONS

*Why does anyone get dealt the hand they get dealt? Justice? Fairness?

*Posture: Love the sinner and hate your own sin

*Calling out sin for what it is

*Gay rights and the Christian Response

*Sex: part of our problem is how we’ve made sex the greatest of human experiences; sought after, chased after; giving up anything and everything up for it – since when has it been the pinnacle of our identity?

“I think Jesus was a compassionate, super-intelligent gay man who understood human problems. On the cross, he forgave the people who crucified him. Jesus wanted us to be loving and forgiving. I don’t know what makes people so cruel. Try being a gay woman in the Middle East — you’re as good as dead.” (Elton John)

“Our task is not to lock into an ethic that has been frozen in time, but to pursue an ultimate ethic, one reflected in the redemptive spirit of Scripture. As a community born into the twenty first century, we must not be limited to a mere enactment of the text’s isolated words.  It is our sacred calling to champion its spirit.” (William J. Webb)

“And, I know that I’ll hear from them for this. But, throwing God out successfully with the help of the federal court system, throwing God out of the public square, out of the schools. The abortionists have got to bear some burden for this because God will not be mocked. And when we destroy 40 million little innocent babies, we make God mad. I really believe that the pagans, and the abortionists, and the feminists, and the gays and the lesbians who are actively trying to make that an alternative lifestyle, the ACLU, People For the American Way — all of them who have tried to secularize America — I point the finger in their face and say “you helped this happen.” (Jerry Falwell)

“We enter the world not to reject the world but to be transforming agent of the Kingdom. We can neither reject all desire and culture nor embrace it all. We cannot be set off and apart from the world because the church is in the process of becoming that very world renewed in Christ. Neither can we merely blend into the world for then all Mission and renewal is lost. This is what it means to take on the incarnational nature of Christ. It is this very incarnational nature that requires the church to be a discerning community which at times both refuses conformity with the world while at other times joining in (with what God is already at work doing Missio Dei). Loving the world as well as refusing conformity to it are “two sides of the same coin” of incarnational presence in the world. This breeds a new kind of inclusivity because we do not just blend with the world, nor do we merely reject/exclude the world, but as one of them in the world, we seek to participate in God’s transformation of the world in the Kingdom.” (David Fitch)

“There can be no presumption. Indeed we dialogue because we know “Jesus to be Lord.” This demands that we dialogue with an open mind to others believing we have stuff to learn. This is what it means to believe Jesus is Lord. Any other posture is Constantinian. This breeds “a new inclusivity,” an openness to the world. It is not an imposing of truth, not a rejection of the truth of our well-worn history in Christ either (orthodoxy). It is a diligent pursuit of the truth that extends Christ (and the historical work of Him in the church through orthodoxy) into new territory humbly inviting others to become partners with us in this.” (David Fitch)

“The church at worship continues to be the acid-test for all ministry.  In our worship, we retell and are held accountable to God’s story, the adventure story about what God is doing with us in Christ.  All ministry can be evaluated by essentially liturgical criteria: How well does the act of ministry [on task with God’s mission] enable people to be with God?” (Hawerwas/Willimon)

“Such a structural perspective speaks against any type of homosexuality today. Within a biblical framework, the issue that the Biblcal writers have with homosexuality is not really about covenant or the lack of it; it is not really about the equality or lack of equality between the two individuals. The deepest issue for the biblical authors was the breaking of sexual boundaries between male and female. Until God redesigns the physical/sexual construction of male and female, this distinction or boundary continues to influence our contemporary world.” (William J. Webb)

“In the End, we will remember not the words of our enemies, but the silence of our friends.” (MLK Jr.)

“…the gay, lesbian, bi and transsexual groups pose the defining test case of the decade for the witness of the church in the new post Christendom contexts of N America. Missional thinkers practicioners must engage and lead on this issue. There are no more hurting people groups in N. America which at the same time remain (or have the perception that they are) ostracized from the church. (The homeless for instance may be hurting but are not as ostracized from the church). Speaking to the gay issue in the church takes courage – the easiest thing to do is to avoid speaking about it publicly. This is because, if you speak, you end up being pegged as either “judgmental” or “compassionate.” Since no one wants to land on the “judgmental” side, the overwhelming temptation is to err on the compassionate side. Yet, the church needs both. The defining character of the church as it works out its moral discernments is “speaking truth in love.” This is how we grow according to Eph 4. This is how we inhabit the truth over time. Unfortunately this kind of speech is regularly missing in the churches. It’s either one or the other. (David Fitch)

“Trying to bring together two groups of people who really don’t want to like each other isn’t easy. Try to imagine building a bridge across a turbulent river, in the midst of a raging battle – with both sides shooting at you… Such radical reconciliation efforts come only at a cost, but so does the Gospel itself.” (Greg Paul)

The last video doesn’t allow embedding, but here is the link.